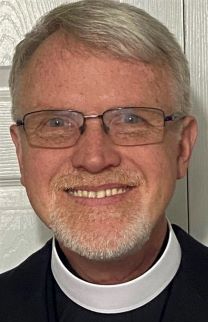 Recently, I started wearing a clergy shirt and collar during the work day and when I serve in ministry settings outside of the office. Since this is no longer common among Protestant pastors, I thought it might be helpful to explain my reasoning to those who might wonder. The first thing I want to point out is that this practice is Protestant in origin and started with a pastor named, Rev. Donald McLeod from Scotland in the late 1800s. Though we share the same first name and heritage, those are not the reasons I follow the practice.

The primary reason is for quick and clear communication of my pastoral role. This is particularly helpful during hospital visitations and emergency situations. While the St. Luke people know who and what I am, others in the community and those who may be attending a funeral may not know until I go forward to speak. The secondary reason is because I have lost 60 pounds in the last couple of years and I do not want to buy a bunch of new clothes.

My 3-year residency in preparation for ordination as an Elder in full connection has begun. Meanwhile, I hope to publish some articles, write a book or two, teach studies, work in ministry, and write some music.